This is the season for eggnog! With the holiday season in full swing, let’s make the classic Christmas drink into an even more delicious dessert. Eggnog bread pudding is a simple and delightful Christmas dessert that is sure to be a hit at any holiday gathering. It’s easy to make and can be served hot or cold. Here’s how to make this festive dish for your family or friends!

For this recipe, you will need 8 cups of cubed brioche, 4 cups of eggnog, ½ cup of brown sugar, 2 teaspoons of vanilla extract, 1 teaspoon of ground cinnamon, ½ teaspoon of freshly grated nutmeg, 6 large eggs and 1 cup of raisins (optional).

In a medium bowl whisk together the eggs and eggnog until combined. Add in the brown sugar, vanilla extract, cinnamon and nutmeg and mix until fully incorporated. Stir in raisins if you’re using them. Set aside while you prepare the rest of the ingredients. 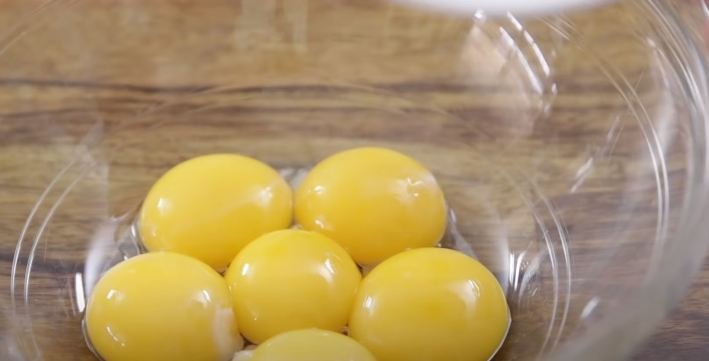 Lightly butter a 13×9-inch baking dish with butter or nonstick cooking spray. Place your cubed brioche into the dish. Pour your custard mixture over top and gently press down on the cubes so they are completely submerged in liquid. Cover with aluminum foil and place in a preheated 350-degree oven for 45 minutes to an hour until cooked through. Let cool slightly before serving.

This dish can be served hot or cold with whatever toppings you desire! Popular options include whipped cream, caramel sauce, maple syrup or even chopped nuts like pecans or walnuts for some added crunchiness! This eggnog bread pudding is sure to please everyone at your next holiday get-together – enjoy!

Make your holidays extra special by whipping up this delicious eggnog bread pudding! Its warm spices are sure to fill your home with that Christmas scent we all love so much during this time of year – plus it can be enjoyed hot or cold depending on what you prefer! Whether it’s an intimate family dinner or a larger gathering with friends – this eggnog bread pudding will certainly bring some extra cheer to any occasion! So why not give it a try? Your guests won’t regret it! Happy Holidays everyone!

Why is eggnog called eggnog?

Eggnog is a popular holiday drink enjoyed during the winter months. But why is it called eggnog? Many believe that the word ‘eggnog’ refers to the fact that eggs are used to make the traditional beverage. But surprisingly, there’s more to it than that! Let’s explore some of the theories as to why eggnog is called eggnog. 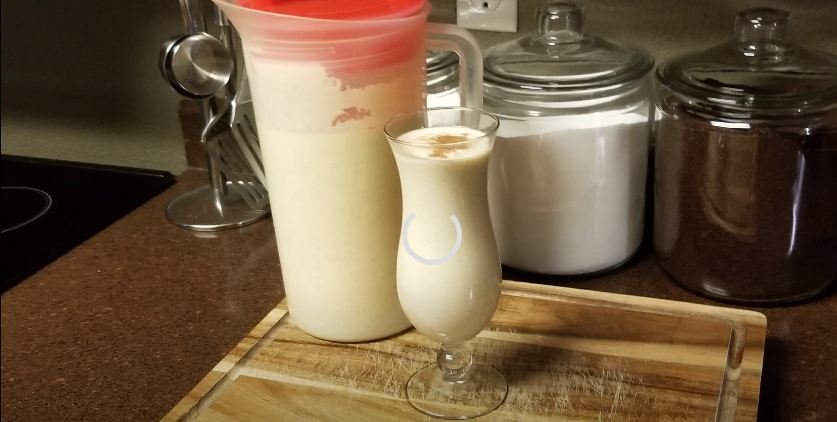 Theory 1: The Name Comes from “Noggin”

One theory suggests that the name “eggnog” derives from the Middle English term for a small cup or mug, commonly referred to as a “noggin.” This theory is supported by the fact that early recipes for eggnog call for it to be served in small cups or mugs, not unlike a noggin. It’s possible that over time, people simply began referring to this drink as “egg-in-a-noggin,” which eventually became shortened to just “eggnog.”

Theory 2: The Name Refers To Its Ingredients

Another popular theory suggests that the name comes from its ingredients—specifically, eggs and rum (or brandy). Some believe that this combination of eggs and alcohol was originally referred to as an “egg and grog,” which eventually became shortened to just “egg n’ grog,” and then finally “eggnog.” This theory makes sense when you consider how much easier it would be for people in earlier times to say something like “I’d like an egg n’ grog” than something like “I’d like an egg with rum”.

A third theory suggests that the name comes from an old dialect spoken in Norfolk County in England called the Norfuk dialect. In the Norfuk dialect, the word for strong ale was pronounced: “nugg.” Over time, this word evolved into “grog,” which eventually combined with “egg” and became known as “egg n’ grog,” or “egg nugg”—which eventually evolved into today’s modern spelling of “eggnog.”

No one knows exactly why eggnog is called eggnog—and we may never know! Different theories suggest different origins for where this festive holiday drink gets its name; whether it’s from its ingredients or its serving vessel (or both), one thing is clear—it’s delicious!

What country did eggnog come from?

A holiday favorite around the world, eggnog is a creamy, decadent, and delicious drink that has been enjoyed by many for centuries. But what country did eggnog come from? Let’s find out!

The first known reference to eggnog comes from England in 1670. At this time, it was referred to as “posset,” a hot drink made with ale or wine, eggs, sugar, and spices. In the United States, eggnog was popularized by the early settlers who brought the recipe over from England. Since they didn’t have access to alcohol (it was illegal in some states), they replaced it with rum, brandy, sherry or whiskey. This version quickly became a hit at holiday gatherings and parties. 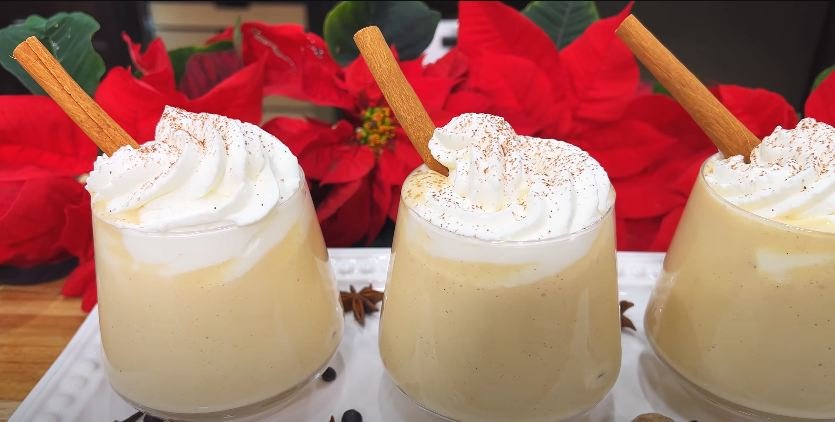 Eggnog is not only popular in the United States—it is enjoyed all over the world! In India, it’s called “kalakand” and is made with condensed milk and evaporated milk instead of cream or whole milk. In Mexico and parts of Central America, you can find “rompope,” which is similar to eggnog but flavored with vanilla extract and cinnamon instead of nutmeg. And in Germany and Austria, you can find “eierpunsch,” which translates literally as “egg punch” and is made with cream or condensed milk mixed with eggs and spices like cardamom or cloves.

No matter where you go in the world during the holiday season, chances are you’ll come across some variation of eggnog. While its exact origin may be unknown, one thing is certain—eggnog has been around for centuries and will continue to be enjoyed by people everywhere for years to come! So next time you’re enjoying a glass of this festive treat this holiday season (or any other time!), take a moment to appreciate its rich history!

Serve Eggnog at a Holiday Party

It’s creamy, sweet, and perfect for sipping on while you sit around the fire with friends and family. But if you’re planning on hosting a holiday party this year, you may be wondering how to serve eggnog. Read on to find out!

When it comes to making eggnog, the key is to choose your ingredients carefully. Make sure you use only high-quality dairy products like heavy cream, whole milk, and eggs from trusted sources. You can also opt for non-dairy options like almond or coconut milk for a lighter version of the classic drink. Also, make sure to use only freshly grated nutmeg for maximum flavor and aroma. 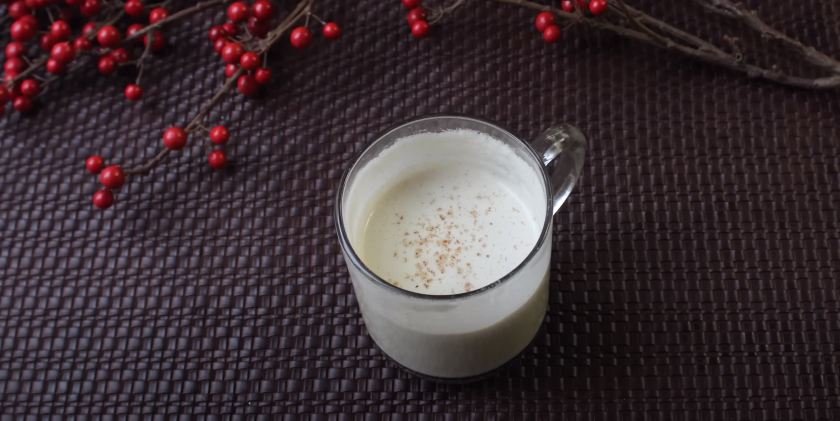 Serve It Up Right

When it comes time to actually serve up your eggnog concoction at your holiday party, there are a few things you should keep in mind. First off, make sure to chill the mixture thoroughly before serving so that it’s nice and cold when guests take their first sip. You can also opt for individual servings by combining all of the ingredients ahead of time in small glasses or mason jars that can be garnished with freshly grated nutmeg before being served up at room temperature or chilled according to preference. Additionally, feel free to add some festive decorations such as cinnamon sticks or sprigs of fresh holly to each glass just before serving!

Serving up eggnog during the holidays is one of the best ways to get into the spirit of Christmas and New Year’s Eve festivities! With just a few simple steps—selecting high-quality ingredients; adding a bit of spice; and chilling and decorating appropriately—you can create an amazing eggnog concoction that will have your guests coming back for more! So don’t be afraid—give homemade eggnog a try this year and see how much everyone enjoys it! Happy Holidays!

The American Diet that Could Add 10 Years to Your Lifespans 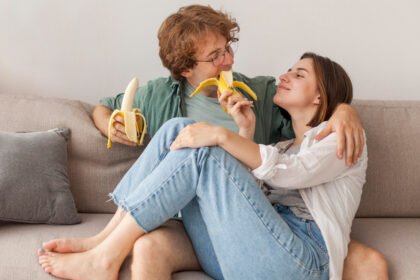 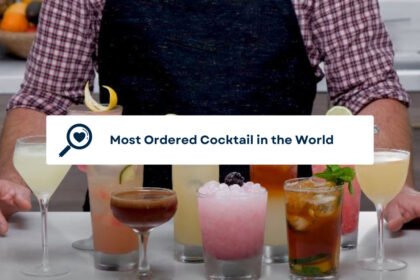 Revealing the Most Ordered Cocktail in the World 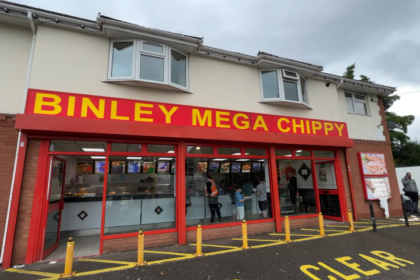 Binley Mega Chippy: Why This Local Chip Shop is Worth a Visit