Are you looking for a delicious, easy-to-make dish that is sure to impress even the pickiest eaters? Look no further than John Hoppin’s Delicious Hoppin John Recipe! This classic Southern dish is easy to make, delicious, and packed with flavor. Whether you’re looking to impress family and friends or just want to make a comforting meal for yourself, John Hoppin’s Delicious Hoppin John Recipe is the perfect dish for you.

What is Hoppin John?

Hoppin John is a classic Southern dish that consists of black-eyed peas, rice, and bacon. It is traditionally served on New Year’s Day for good luck. It is believed that each spoonful of Hoppin John eaten on New Year’s Day will bring good luck for the coming year. The dish is said to have originated from the Gullah culture in South Carolina, although its exact origin is unknown.

Hoppin’ John, also known as Carolina Peas and Rice, is a traditional dish of the Southern United States that is made with black-eyed peas and rice. It is traditionally served on New Year’s Day, as it is thought to bring good luck and prosperity in the coming year.

The dish has African and European roots, with the black-eyed peas likely being brought to the United States by West African slaves. The rice may have been introduced to the dish by Europeans, or it may have been grown by slaves in the Low-country region of South Carolina and Georgia. 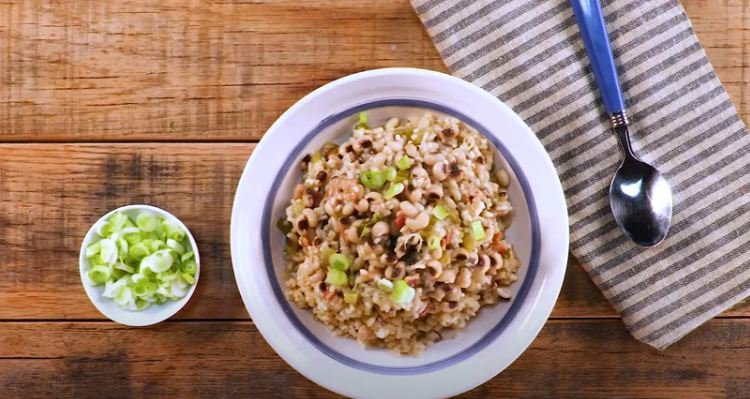 Hoppin’ John is often served with collard greens, which are also thought to bring good luck. The combination of black-eyed peas, rice, and collard greens is known as “the luck of the New Year” or “peas for pennies, greens for dollars.”

In addition to being served on New Year’s Day, Hoppin’ John is also a popular dish throughout the year in the Southern United States. It is often served as a side dish or as a main course, and it is often seasoned with bacon, ham hocks, or other meats.

What is exactly Black-eyed peas?

Black-eyed peas, also known as cowpeas, are a type of legume that is native to West Africa. They are small, beige-colored beans with a black dot on one end, hence the name “black-eyed.” Black-eyed peas are highly nutritious and are a good source of protein, fiber, and several essential vitamins and minerals.

Black-eyed peas are often used in Southern cuisine, particularly in dishes such as Hoppin’ John, as well as in other dishes such as soups, stews, and salads. They have a mild, earthy flavor and a soft, creamy texture when cooked. 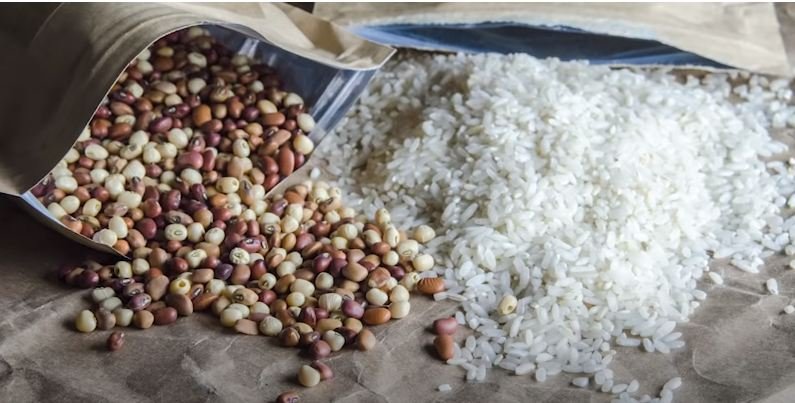 Black-eyed peas are also a staple food in many parts of the world, including West Africa, where they are often eaten with grains such as rice or cornmeal. They are often used as a protein source in vegetarian and vegan dishes as well.

HOW DO YOU COOK BLACK EYED PEAS

Cooking Instructions to be followed

There are a few tips to keep in mind when preparing John Hoppin’s Delicious Hoppin John Recipe. First, it is important to make sure that the bacon is cooked until it is crispy. This will add a delicious smoky flavor to the dish.

Second, it is important to make sure that the rice and black-eyed peas are cooked through. If the ingredients are undercooked, the texture of the dish will be off. 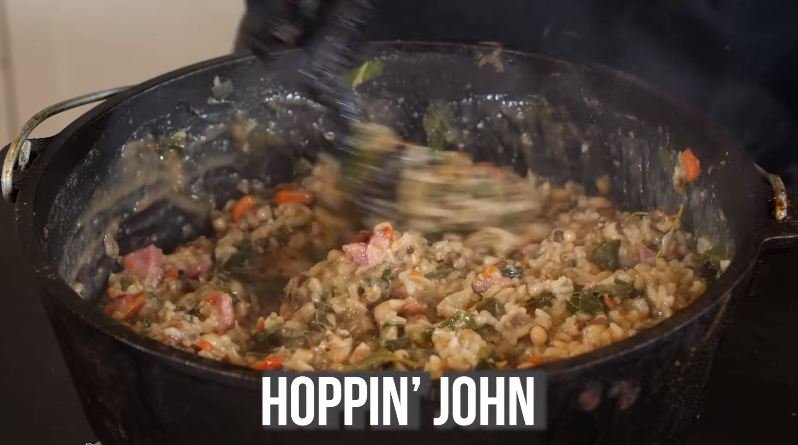 Third, it is important to use a high-quality paprika for the dish. Paprika is a key ingredient and can make or break the flavor of the dish.

Finally, it is important to make sure that you season the dish to your taste. Add more or less of the spices and seasonings to suit your own preferences.

John Hoppin’s Delicious Hoppin John Recipe is a nutritious and delicious dish. The nutrition information for Hoppin’ John will depend on the specific ingredients and quantities used in the recipe. Here is an estimate of the nutrition information for a serving of Hoppin’ John made with 1 cup of cooked black-eyed peas, 1/2 cup of cooked white rice, and 1 tablespoon of bacon drippings:

Note: This is just an estimate and the actual nutrition information may vary depending on the ingredients used. It is always a good idea to consult a nutritionist or registered dietitian for specific advice on nutrition and dietary needs.

There are many ways to customize Hoppin’ John to your liking, so feel free to get creative and experiment with different ingredients and flavors.

Here are a few serving suggestions for Hoppin’ John:

No matter how you serve it, Hoppin’ John is a delicious and satisfying dish that is sure to be enjoyed by all.

Why Does Sprite Help an Upset Stomach? 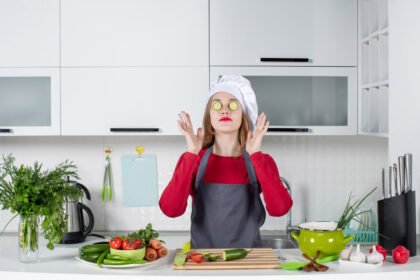 What Does Cucumber Do for Your Eyes? 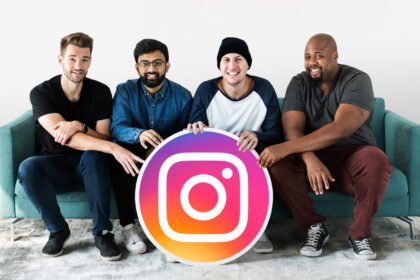